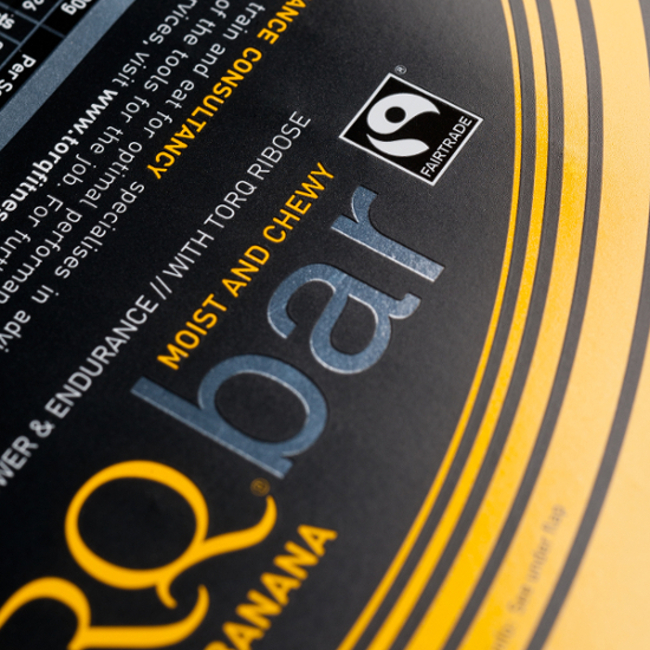 TORQ Bar is an ultra-low fat moist and chewy energy bar, formulated to deliver TORQ's unique blend of multiple-transportable carbohydrates with ingredients wide-ranging in glycemic index for immediate and sustained glucose release. All too often energy bars are dry and difficult to eat – and those that aren’t contain far too much fat. TORQ bars are delicious, moist and chewy, containing just 1 gram of fat per bar, and packed with usable carbohydrate. This makes it the perfect food and fuel choice before, during and after exercise. We have also improved the TORQ bar recipe to be fully organic (starting October 2019), so that they have a subtle crunch, richer flavor and are moister and easier to eat than ever before.